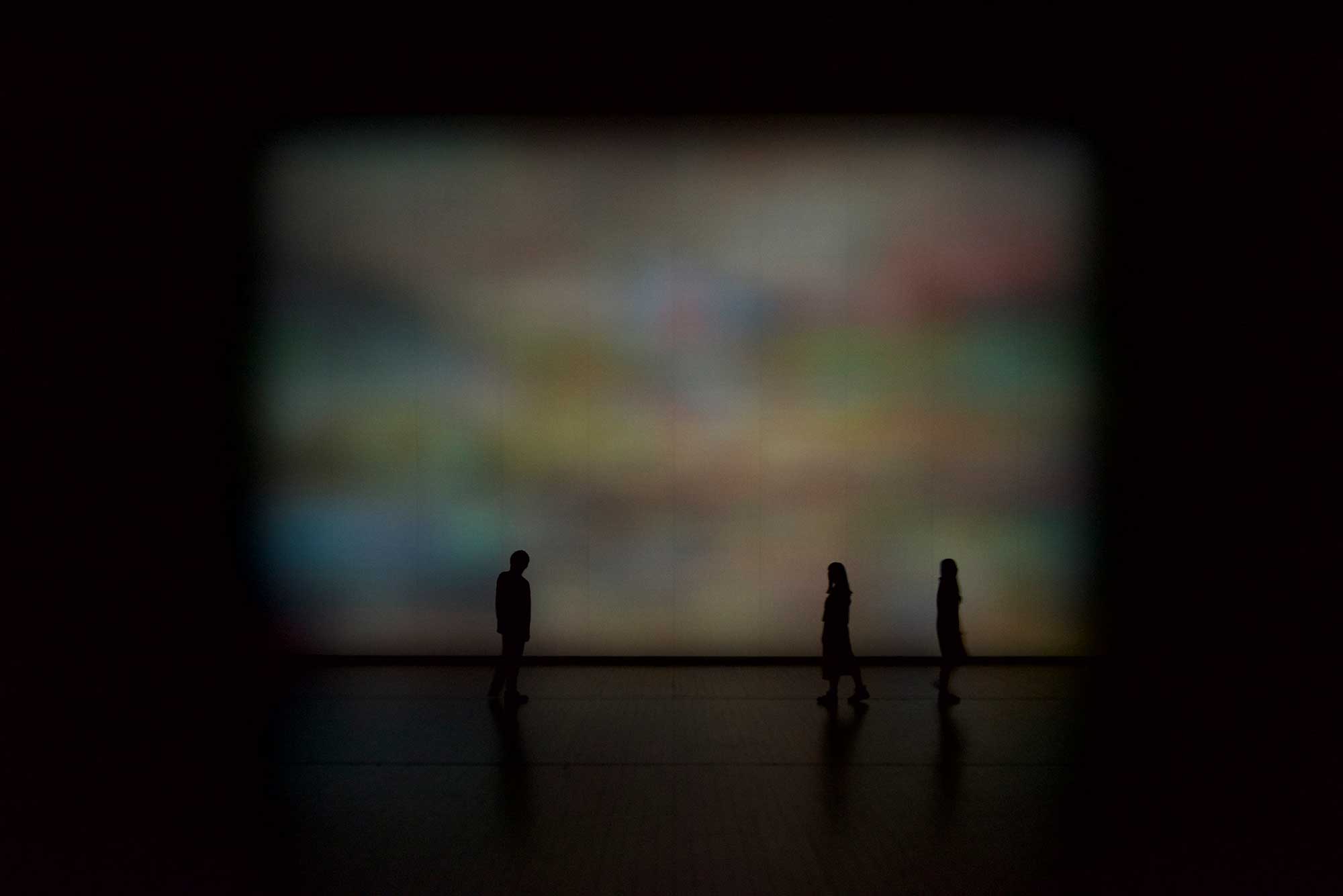 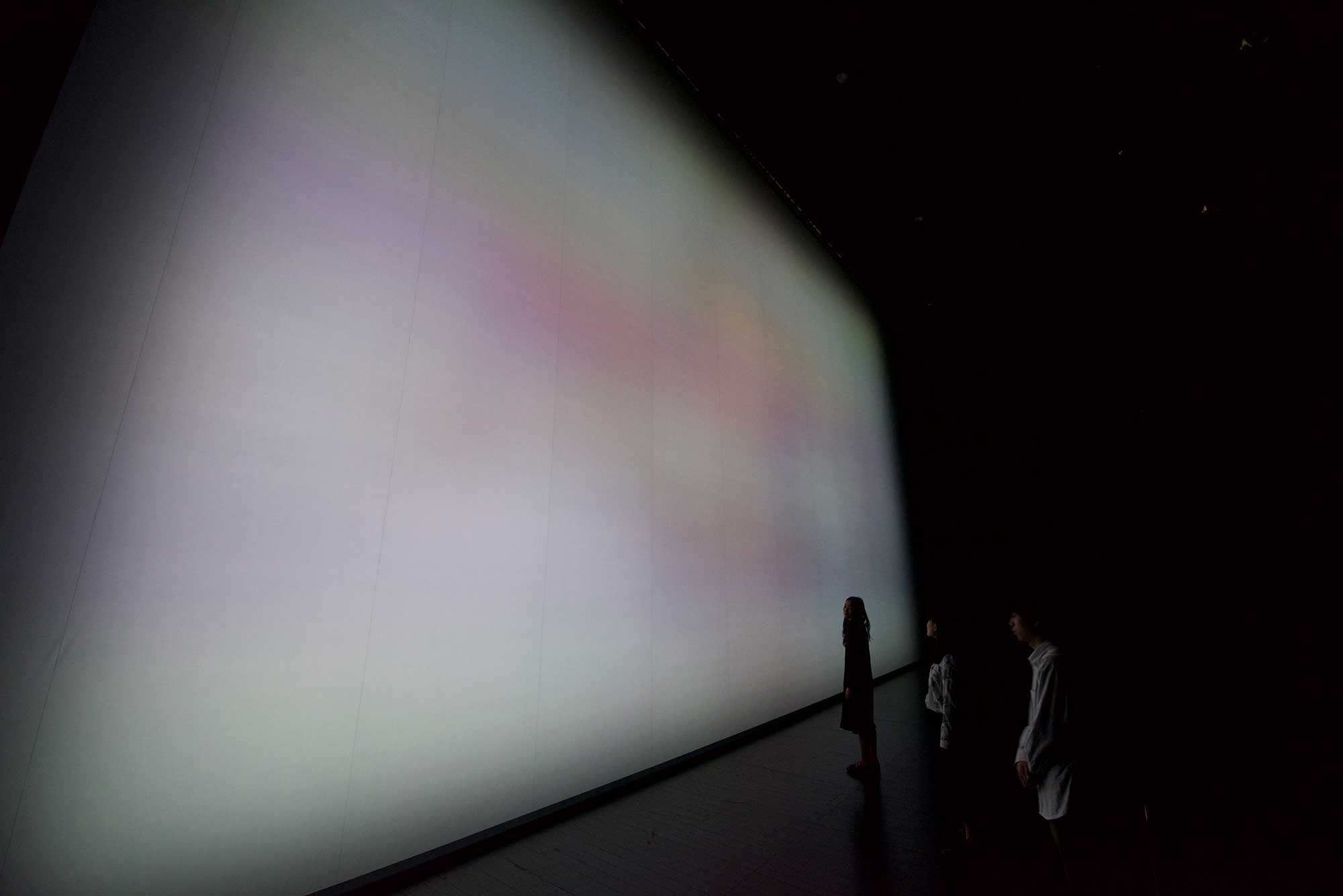 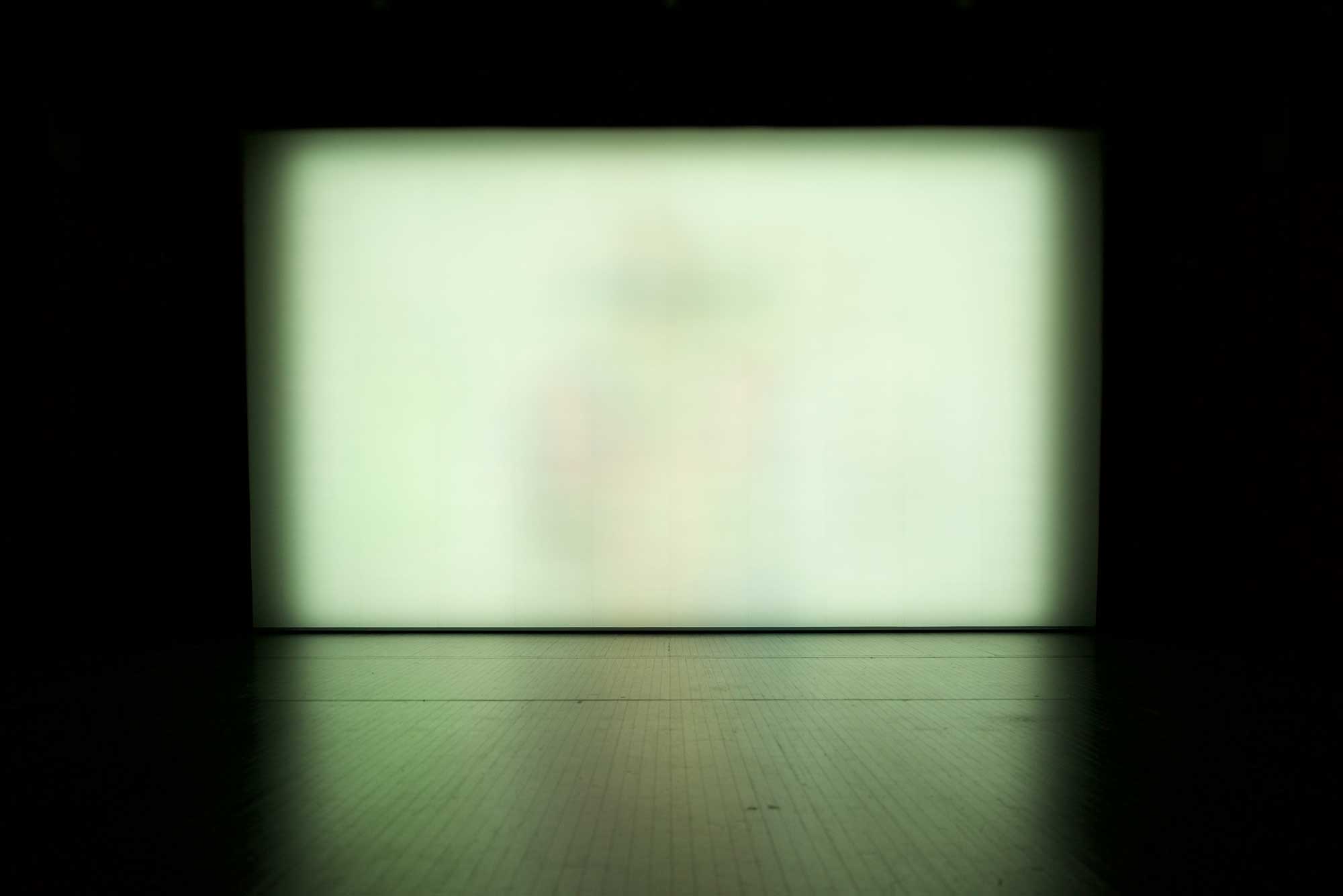 Indistinct images are projected onto a large screen, accompanied by inarticulate sounds reverberating across the entire exhibition space. All of these images and sounds are created by disassembling and recomposing algorithmically in real-time from vast amount of video materials that are picked up from the internet continuously over the period of the exhibition. The fragmented videos that provide the visual and acoustic source material are recomposed/reordered based on their respective data of luminance and sound (magnitude/level) to create a sine wave, which means that the original videos are deprived of their meaning, and reduced to abstract elements of light and sound for the construction of a sine wave.

It utilises prior public contributions on the internet, free of any connection to the The SINE WAVE ORCHESTRA, but an ocean of voices in itself, unifies and equalizes these individual recorded experiences, and public appearances, etc., to create a single sine wave. Like water running through a funnel, “A Wave” sweeps through the multitude of documents of human actions and leaves behind one united yet unrecognizable voice to the spectator.

The SINE WAVE ORCHESTRA had presented the works between and within performance, installations and workshops and invites the public to create a collective sound representation using exclusively with sine waves. Their theoretical background is from French mathematician Joseph Fourier’s formula - While all sounds in the world can be represented through combinations of multiple sine waves.

In this work, The SINE WAVE ORCHESTRA shows drastic reversal approach that collect large amount of public participations and reduce it to produce single sine wave.